To help him achieve that, he swapped his Vortech supercharger for a Precision turbo, and while he’s mum on the size of that turbo, he’ll share that his tried-and-true 302 cubic-inch Coyote engine built by Rich Groh Racing Engines and JPC Racing is up to the task.

Its stock block features aluminum block supports which he fabricated and RGR sleeves, and it boasts Manley I-beam rods, Ross pistons and stock cams.  Its stock heads have been given a new set of Trick Flow valvesprings to accommodate the change in power-adders, and a Boss intake sits on top.

Reynolds, who had been running an air-to-air intercooler, outfitted his car with an air-to-water intercooler. He used a JPC Racing hot side kit, and fabricated the cold side for the turbo, which will be forward-facing…. 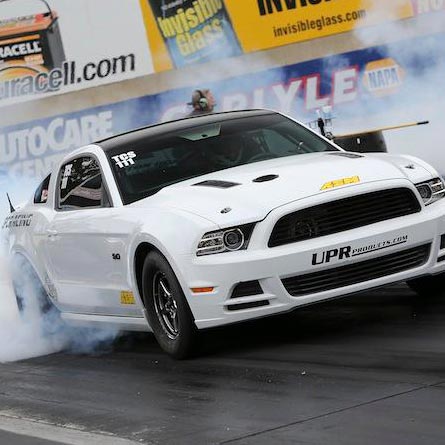